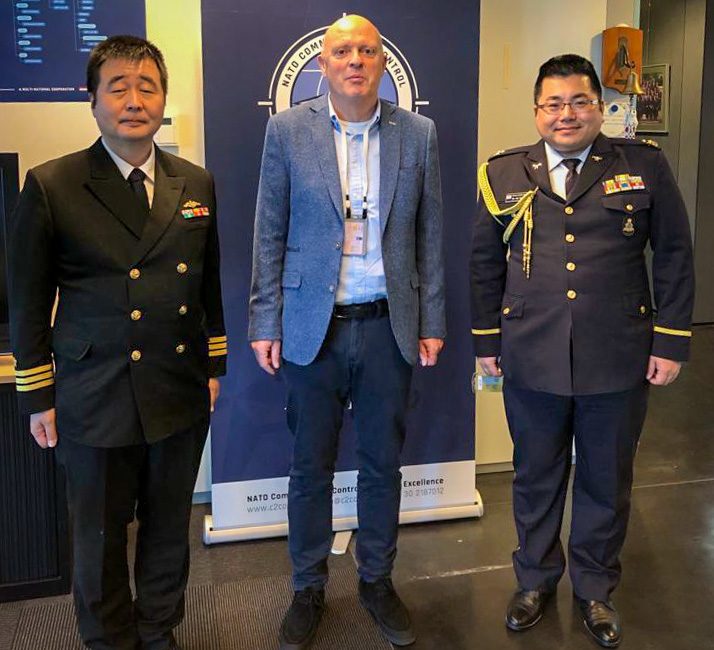 On 8 December Commander of the Japanese Maritime Self Defence Force, Ide Tatsuo paid a brief visit to the NATO C2COE. He was accompanied by the Japanese Defence Attaché to the Netherlands, Colonel (JGSDF) Toshiyuki Aso. Commander Tatsuo is an assistant-professor at the Japanese National Defense Forces Academy and very active on the C2 and Cyber topics.

On advice of Dr. David S. Alberts (Institute for Defense Analysis) Commander Tatsuo first visited the Centre in November 2017. That visit started a series of encounters and exchanges with the JSDF. On behalf of the Centre, Mr. Gubbels updated the guests on the C2 topics the Centre has dealt with since then and items the Centre is currently working on such as Multi-Domain C2. In regard to the latter he stressed the need to raise awareness of other services challenges and procedures early in an officer’s career.

In the interactive conversation the sharing of NATO C2COE products which could benefit Japanese officers’ education and the linking to NATO Cyber community were discussed.

The meeting was concluded with a lunch with the NATO staff.