The NATO C2COE opened the second day with a keynote speech about Multi-Domain Command and Control, which led to fruitful discussion during the following break-out sessions about current capabilities and future challenges.

‘Over the course of the last 3 years the adoption of the term MDO within NATO documents has produced a vision of cross-domain coordination. Some of them, but not all, seem to narrow towards horizontal synchronization, specifically between the military domains.  While this development has helped to achieve clarity on definitions, it has introduced another dilemma for all of you today… is MDC2 in its current state another capstone concept regarding synchronization with non-military actors… or is it a warfighting principal for future use?’ 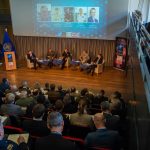 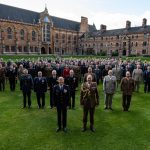