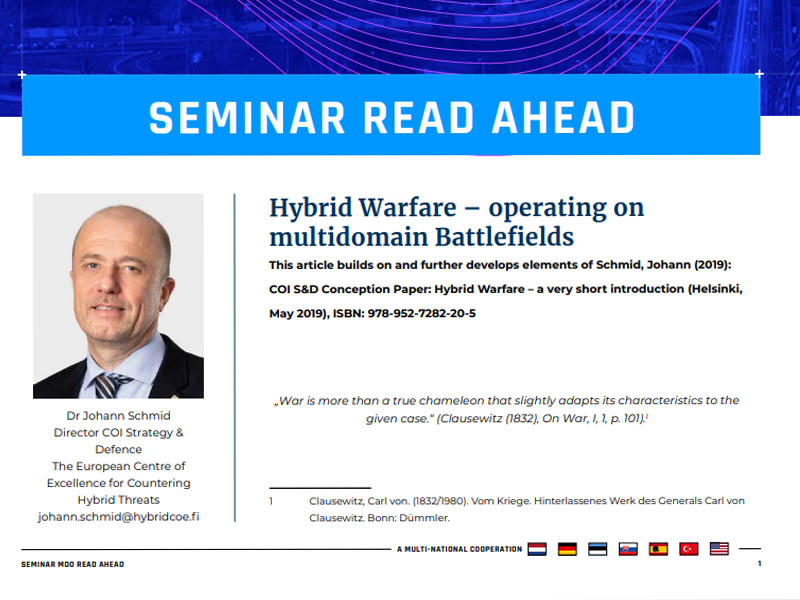 Dr Johann Schmid, Director COI Strategy & Defence, The European Centre of Excellence for Countering Hybrid Threats, dives deeper into Hybrid Warfare as a multi-domain challenge for the EU, NATO and their member states.

“As hybrid warfare may include “conventional” combat at all stages of escalation against a militarily symmetric or even superior opponent, the EU, NATO and the member states must re-evaluate their conventional military warfare capabilities to provide national and collective defence, while at the same time protecting themselves against downward and horizontal escalation and threats from within, in the form of subversion, infiltration and disintegration on multi-domain battlefields. It is paradoxical that the threat of hybrid warfare highlights, among other things, the necessity to re-establish substantial conventional warfare capabilities”