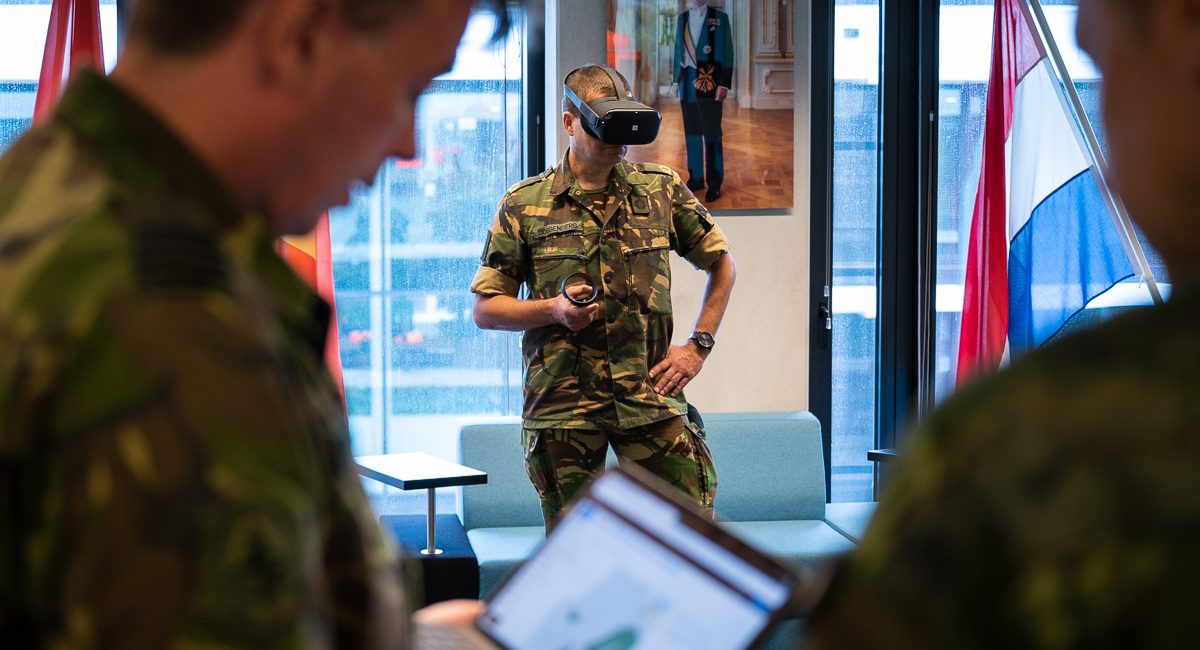 On Thursday 4 June, the director of Weapon Systems & Companies of the Defence Materiel Organization (DMO),  Brigadier General Dobbenberg, visited the NATO Command and Control Center of Excellence (NATO C2COE) in Utrecht, the Netherlands. The General paid a visit to catch up on the latest developments within the center’s Multi-Domain-Operations Command & Control-demonstrator platform,.

With this MDOC2D-platform, General Dobbenberg experienced a showcase of the disruptive potential of state-of-the-art technology and foreseeable future developments in operational level Command Posts . As NATO C2COE we foresee a paradigm-shift in the Decision Making Process at Joint Level. In the future it is most likely Dispersed, Distributed, AI-driven and uses state-of-the-art technology.

‘An impressive virtual reality tool that enables a commander at an operational level to obtain information” tailor-made “and to go through the decision-making process in a virtual and dispersed manner. Impressive what results have been achieved in a very short development time. In the coming period, the C2COE will further bring the tool to the attention of various NATO headquarters and consider its applicability. Highly recommended!’, according to the Brigadier General. 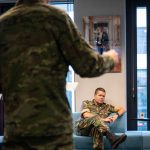 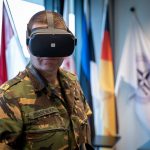 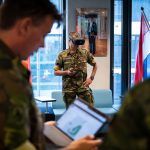 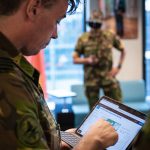