NATO C2COE Director Col Robert Meeuwsen (NLD A) and his staff welcomed Lt Gen Radford in the Centre in Utrecht. the DSACEUR des was then provided with in-depth briefings about the mission and vision of the NATO C2COE, as well the Centre’s role within NATO when it comes to Analysis and Concepts, Expertise Management and Operational Assessment concerning Command and Control.

Subsequently, Major Marcel Scherrenburg (NLD AF) briefed the DSACEUR des about the NATO C2COE developed Multi-Domain Command and Control Demonstrator (MDOC2D), one of the main projects of the Centre. The current Joint Force  Command (JFC) Headquarters have a big footprint based on static and centralized facilities. This represents a high value target for adversaries, so the JFC headquarters should evolve into a distributed and dispersed structure, which was acknowledged by Lt Gen Radford.

The visit ended with an Office Call between Lt Gen Radford and Col Meeuwsen. They both evaluated the meeting as fruitful and agreed upon further cooperation. NATO C2COE is happy to have welcomed the DSACEUR des to forward its contribution to develop NATO Command and Control. 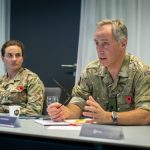 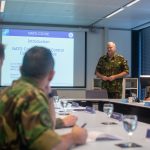 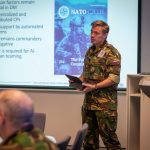 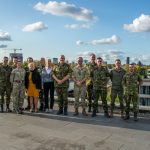 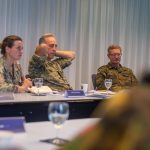 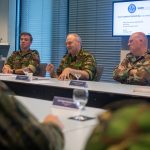 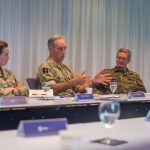