Earlier this year the NATO Command and Control Centre of Excellence (NATO C2COE) welcomed a new Spanish colleague and today, director Colonel Robert Meeuwsen had the honour to promote Miguel Gonzalez Merino to the rank of Lieutenant-Colonel (OF-4 ESP A) by exchanging the nametag. Following a Dutch military tradition Lieutenant-Colonel Merino’s epaulettes, or in this case his nametag, received a fresh beer-shower.

Lieutenant-Colonel Merino is a Staff Officer and part of the Analysis and Concepts Branch of the NATO Command and Control Centre of Excellence, based in Utrecht, the Netherlands. 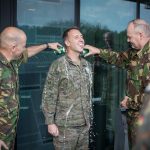 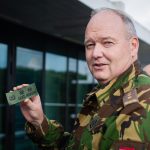 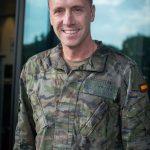 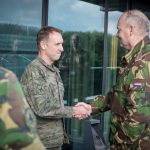 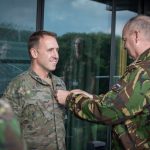